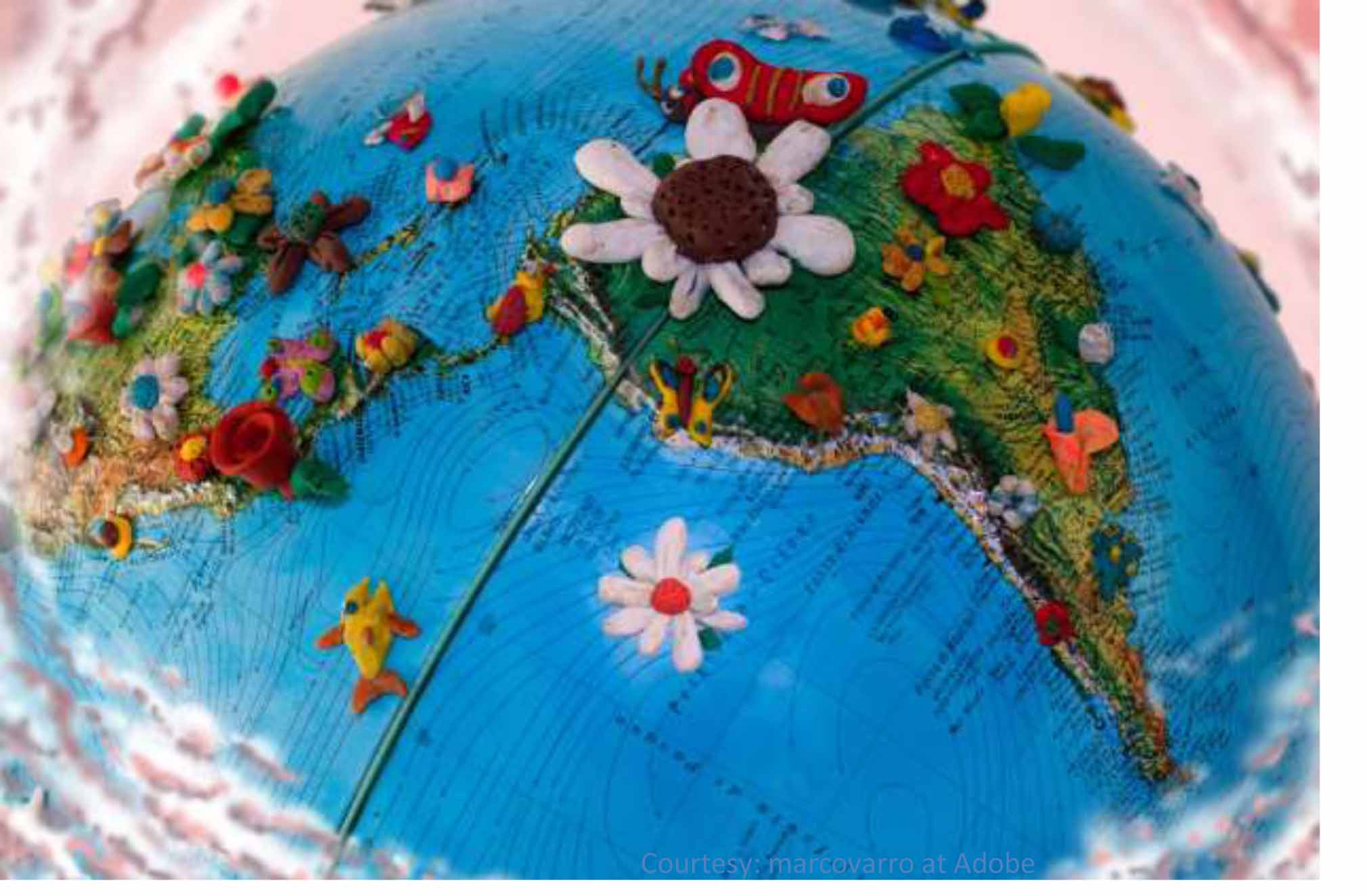 Analysts agree that Latin America still lags behind the majority of the world’s advanced economies when it comes to closing the digital divide. However, the region has made one of the biggest digital leaps forward during the last several years, more so than other emerging regions on the planet.

Although fixed broadband penetration in Latin America remains below the global average, governments have finally connected the dots between what better broadband can bring in terms of sustainable economic productivity and growth to their regions.

In recent years, the number of Internet users has more than doubled. In fact, the percent of Latin Americans who use the Internet has shot up from 16.6 percent in 2005 to 62.3 percent in 2016.

With a majority of Latin Americans already participating in the digital world, companies need to stay abreast of trends among users so they can adjust and hone their digital marketing efforts for maximum effectiveness as the marketplace continues to grow. IP Intelligence and geolocation technology is a cost-effective solution that will allow marketers to reliably reach consumers with local offers for digital products and services.

Advertising Is on an Upward Trajectory

Currently, total advertising expenditure in Latin America is projected to round up to nearly $50 billion (in U.S. dollars). Brazil is projected to maintain its leadership in the region, increasing its share of the Latin American ad market to almost 57 percent by 2017. Mexico is expected to hold 11.4 percent of the market share by 2017, while Argentina is projected to account for nearly 9 percent. Brazil is an industry leader not only in the region, but also worldwide. The country is listed among the largest advertising markets in ad spend growth projections, with expected growth of $1.56 billion (in U.S. dollars) by 2018.

One likely outcome of this upward trend is a crossover point in which online advertising surpasses its offline counterpart in terms of spend. One only needs to look at the daily time Latin Americans spend consuming different media to recognize that this watershed has already arrived. 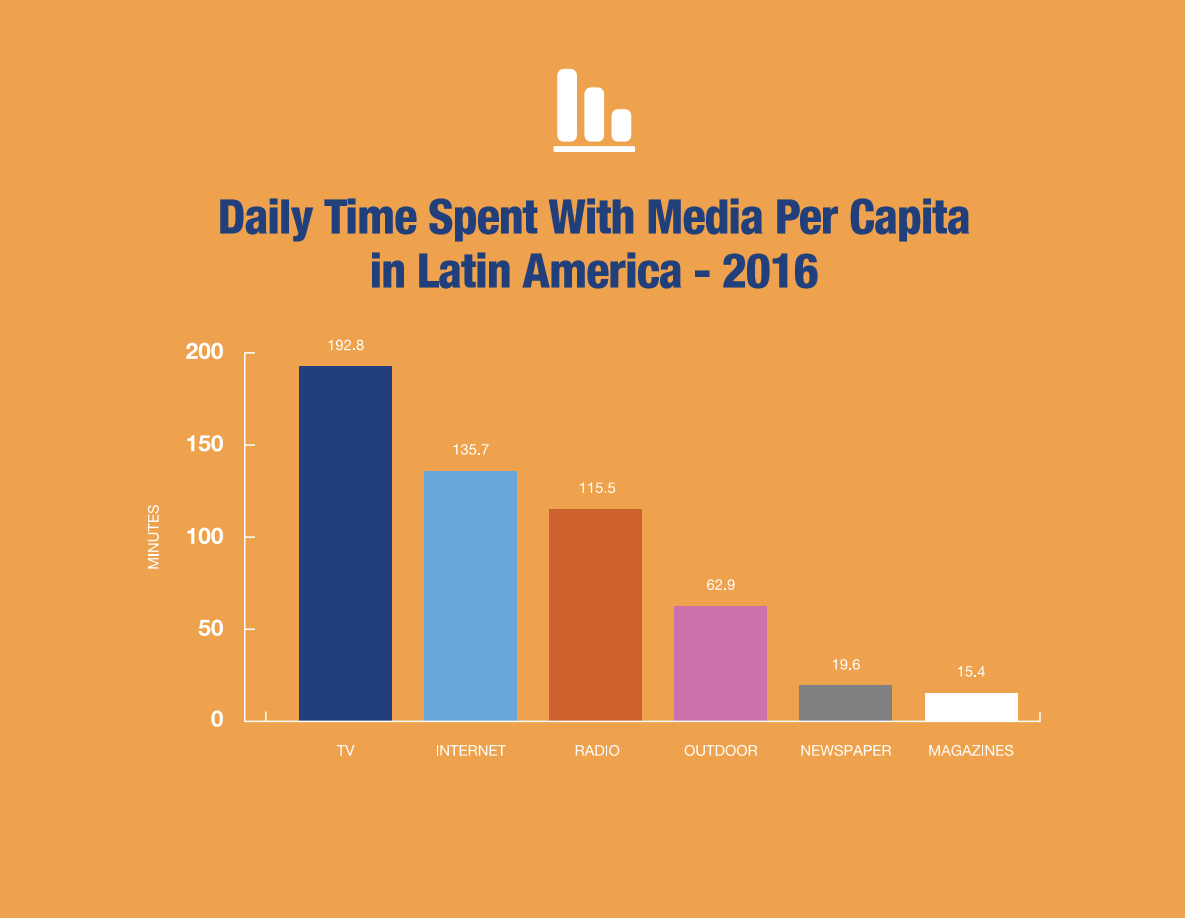 A recent benchmark report shows Latin America’s average click-through rate (CTR) of .25 percent for standard banners is above the global average of .17 percent. Its average also outperforms North America, Europe and East Asia. The report also indicates that rich media is particularly effective in improving engagement with Latin American users, increasing it eight times, a higher rate than any region in the world except Europe.

The Rise of Mobile Internet is Changing Consumer Behavior

Even more impressive is the dominate emergence of the mobile internet, which really shouldn’t come as a surprise as virtually all of the region’s residents have a mobile phone.

The mobile industry has come a long way since Motorola invented the mobile phone in 1973. The advent of the smart phone and tablets has driven an explosion of mobile devices. Research projects the number of people across Latin America using their mobile devices to access the internet is set to grow by 50 percent by the end of the decade. The overall number of unique mobile subscribers in Latin America is forecast to reach 524 million by 2020, making it the second-fasted growing global region during the period after Sub-Saharan Africa.

Arguably, it’s the growth in mobile advertising that is going to be making the news for the foreseeable future. Latin America is expected to spend 69.8 percent of its digital ad budget on mobile in 2020, according to eMarketer. A new market is being created, with ads designed specifically for smartphones and tablets.

Added to that, internet users are now mobile, accessing content and services from smartphones and tablets, often with the inbuilt geolocation tools turned off. More than 80 percent of mobile users are connecting via fixed Wi-Fi connections due to speed, convenience or cost―with less than 20 percent connected via 3G, 4G or LTE.

The rise of the mobile internet is changing the way consumers interact with online services. It’s a change that is often characterized in terms of a generation that expects to browse or shop online at any time, in any place and on any device. This presents both opportunities and challenges for advertisers. The opportunities stem from an almost unlimited number of touch points. It is now possible to reach consumers on their commutes to work, on the street or when they go out for a drink or a meal in the evening. The challenge involves how to effectively reach Latin American mobile users at the right time, in the right place, and on the device of their choice.

Learn how to turn up the marketing heat with IP Intelligence and geolocation to ensure your company can take advantage of Latin America’s digitally hot marketplace.